Castle Keepers Guide - The Good, the Bad & the Ugly: Overview

A new printing of the Castle Keepers Guide for Castles & Crusades is soon to be released by Troll Lord Games.Once upon a time this book seemed like vapourware and it sometimes seems like a miracle that it ever came out at all. It's story is a long and challenging one and its not within the scope of this already lengthy examination to recount it. I don't think I'd ever been so excited about an RPG book release since I discovered the original AD&D hardcovers and when Unearthed Arcana and Oriental Adventures came out during my youth. It is for this reason that the language I use may become passionate and that my praise and criticism of this work might seem somewhat exaggerated.

This book is credited to Davis Chenault, Stephen Chenault with Casey Christofferson and James M. Ward with further contributions by Mark Sandy, Mike Stewart and Robert Doyel.&Cover art, logos, logo designs (pretty sure logos covers that) and layout by Peter "20 Dollar" Bradley. Interior art by Peter Bradley, Larry Elmore and Sarah "Dreamie" Walker. Edited by Tim Burns, Christina Stiles, Mark Sandy and Derrick Landwehr. Some of the above names did something heroic here while the contributions of others can best be described as akin to criminal in its incompetence.


Although this book has a great many things to enjoy about it, the initial print run is far from perfect. I was super glad to have this book in hand but it's shortcomings left me more than a little disappointed. The new printing promises to fix some of these issues but this post and future related ones seek to look at the quality of the first run of this very interesting tome.

First we will look at the book itself - its appearance, general content and construction, then we'll move on to the written content and interior art in subsequent posts. Below is an overview of the book and some of its major characteristics.

This book is full of new ideas regarding characters, magic, equipment, setting, and game mechanics.
If you thought there was something missing from the Players Handbook then you're likely to find it and much more here.

There is enough material to put together a game in any genre you could imagine. I'd like to see TLG print this and the PHB as one genre neutral volume and present it as something that could be called the "Siege Masters Manual". Its not presented as a universal system but you could build one from it if you wanted to.

Larry Elmore contributes a number of new illustrations to this book, many of them full page. Although I won't call them bad or ugly they would benefit from a little lightening in the printing to reveal detail and would be much better presented in colour where the originals were created in colour.

You really don't need balance in a game where there are no winners and losers. Balance really wasn't an issue in other C&C publications and its funny that it gets so much mention here because the Castle Keeper's adjudication is what makes the need for balance unnecessary.

For me some of the new rules are over complicated like the chapter on NPCs for example. Its not ugly as these are just options and if you like that level of complexity its there for you - I just don't really care if they are adherents, henchmen or hirelings. To it's credit this book often brings up what they refer to as the Tyranny of Rules, essentially warning not to overcomplicate the game and to make choices that improve the game rather than hinder it.

The proofing of this book appears to have been sloppy considering there were four editors. Perhaps they didn't work as a team or some errors were related to layout. In some cases the headers don't match the chapter and run over from the previous one (Expanding Characters runs over into Magic) or they don't match the chapter name at all (Chapter 13 Expanding the Genre has the header Chapter 13 - The Future). In terms of the font size a capital letter is 2mm so I'm likely being generous by saying that its set at approximately 9 points. I think that's a little small for this amount of reading. As you can see below the legibility issue is compounded by the poor letter quality of the printing process that I'm almost certain was laser printed.

Peter Bradley is a competent illustrator when he puts some effort into it, doesn't try to get too "creative", actually completes his drawings, and stays away from the sexier side of things which for him almost always comes off as forced and more than a little creepy. For the interior art work I'll talk about specific pieces in the sections they appear.

For this post I'd like to address the artwork on the cover. WTF? Mr. Bradley your effed up use of forced perspective needs a lot of work and you should be ashamed of yourself if you accepted payment for this piece. Guy in the foreground with his huge left hand that can't anatomically be that far forward, considering his pose, to justify being so huge compared to the right hand - just weird. Doorway to the left of him that somehow appears to need to fit on the width of a single step and isn't parallel to the column in front of it to make any sense perspective wise. It bleeds of onto the back cover were it shows the door's threshold being crossed by the steps and blocked by the column - amateurish. Looking closelyat some real life architecture would probably help here. The other side of the image has a dwarf with his disappearing foot that sinks into the step - weak. Strange cloud blob to the far right - is that stone or a spell effect or what? It only makes sense as a way to disguise the poor drawing here and obscure any step lines right below the window that would make the angle it is on appear even more ridiculous - the opening should be in perspective to the door. Another big hand on the spell caster attacking the dwarf. Its almost as wide as she is but it at least looks like a hand so it's better than some of his previous efforts - terrible. I won't get into the redesign of the logo that I've already ranted about on the C&C forums but basically it's a piece of shit and if you can't agree with me on that you need new eyes. I can't believe they let this guy have his own paragraph in the acknowledgments.

The binding is sub par. Its got a loose and floppy feel. The front cover just kind of hangs there and almost folds back on itself. I recall the guys at TLG having indicated that this helps the book lie flat but any properly casebound (or hardcover - not hardback ok Trolls, please stop calling it that, please) should lie flat. The gluing is sloppy and the trimming is uneven.

There is no headband in the binding - just a lot of lumpy glue. The DMG also lacked headbands but everything I own published by TLG does have them except Monsters & Treasure of Aihrde, Of Gods & Monsters (both of which were produced with the same crappy in house publishing methods as the CKG) and my two copies of the second printing of Monsters & Treasure, one of which is a leatherette version. It's a level of quality and detail that perhaps I'm being overly fussy about but as far as I'm concerned this is the crowning achievement of Castles & Crusades, so why does it have to be made so poorly?

As for quality the CKG does however appear to be bound with signatures (two or more sheets of paper stacked and folded as a group) so single pages or small groups of pages are not likely to fall out (unlike my Dangerous Journeys Mythus book). It hasn't fallen apart yet and that's at least better than many people's copies of the 5e Player's Handbook that didn't incorporate signatures in it's binding (and that book is a whopping $49.95 or $58.00 in Canada - for shame).


The over-all quality of my copy is poor for a finished product. Its pretty for a unique proof copy or a hero prop for a movie but as a production item meant to be used for reference over a number of years it's lacking. My copy of the book appears to have been produced with a laser printer for its interior and the exterior seems to be printed to adhesive vinyl that's been wrapped around cardboard to form the outer cover. Its plastic-like and the image has rubbed off revealing the white vinyl below. I guess that's ok for some people but its beyond the pale in my opinion for a book with a $39.99 price tag (the DMG was $15.00 in 1982 - that's about $34.50 in 2010 dollars (the year the CKG was first published) making the CKG about $5.50 more than the much better produced DMG - and if you want a PDF that costs about $20 extra - expensive for a PDF and should really be free for those who purchased the print version. The interior copy is also unusually small and fuzzy. Its my understanding that this book has much more content than was originally intended and that the guys at Troll Lord wanted to keep a strict page count in order to keep the retail price down and that's why I'm guessing the type is so small. I would have paid more for something more legible.

That's the good, the bad and the ugly for an overview of the Castle Keepers Guide. Although it sounds like I'm tearing this book a new one, most of my issues with it are cosmetic. The wealth of ideas it presents takes an already great game system and knocks it out of the ballpark into amazing (or is that Shift Z*). I really love this book and I think everyone else that likes fantasy RPGs should too - but there is nothing to this dog's breakfast of a production run to make you want to do that if you don't already love C&C. It's just upsetting to look at it because if they had made a couple of different choices, put the effort into sourcing some additional talented artists and outsourced the printing and binding so that the quality matched the Players Handbook of the same trade dress, this would have been something special.

The following three posts will deal with the contents of each of the three parts of the book.

Posted by Scott Hadaller at 5:16 PM 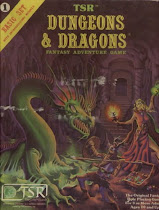 Scott Hadaller
I am a fine artist that works as a graphic designer in the motion picture industry. I played Dungeons & Dragons from 1982 - 1991 as well as several other RPGs. I rediscovered RPGs in 2007 after deciding to take a look back at the sources of my creative influence (Fantasy & Science Fiction Books and Films, Comic Books and Role-Playing Games). 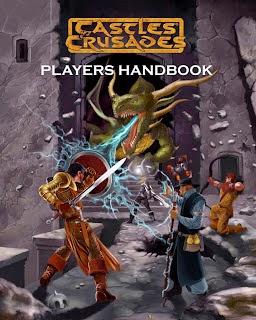 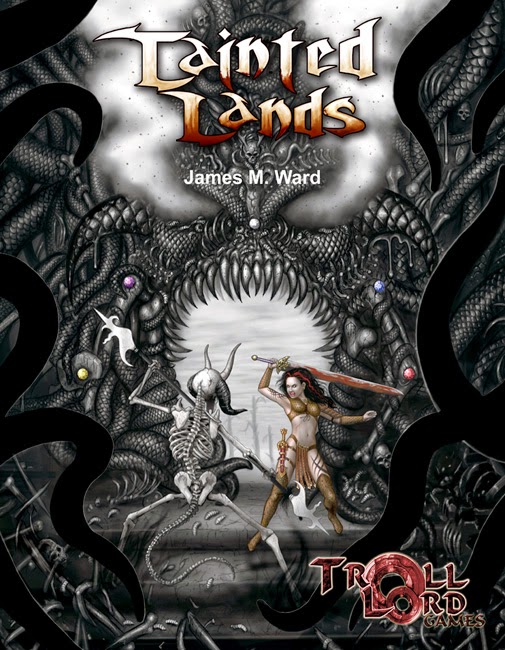 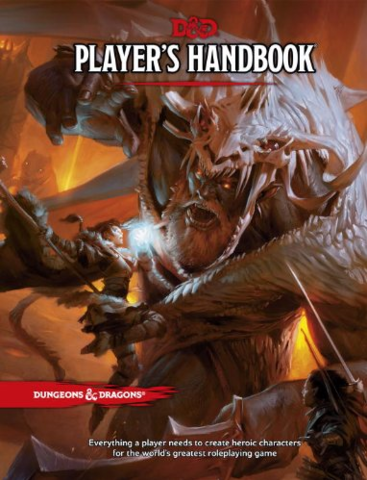